The Inspector-General of Police, Mr. Mohammed Adamu says sound physical well-being and mental alertness through sporting activities are crucial elements for effective policing. Adamu said this on Monday in Abuja during the unveiling of the Logo and Mascot of the 12th Nigeria Police Biennial Games, tagged “Anambra 2020”. The biennial games, expected to hold in
Read More

Adamu said this on Monday in Abuja during the unveiling of the Logo and Mascot of the 12th Nigeria Police Biennial Games, tagged “Anambra 2020”.

The biennial games, expected to hold in Anambra from Feb. 29 to March 7, would feature over 20 sporting activities.

He urged officers to maintain a high level of physical well being and mental alertness in view of the task and demanding nature of the profession.

“Sport is a crucial element in policing because as a physically tasking and mentally demanding profession, every police officer is expected to maintain a very high level of physical well being and mental alertness.

“This is to enhance the optimal performance of officers. Sporting activities remains the vehicle for achieving this professional objective,” he said.

According to him, the principles of comradeship, fairness, discipline, resilience, and focus that regulate sports are also important elements that every police officer is expected to imbibe.

Adam said a sporting event such as the police games would provide an opportunity to enhance comradeship among officers, colleagues in the armed forces as well as other security agencies.

According to him, the synergy is vital to building inter-agency trust which is critical to the advancement of national security.

He said the games would provide an opportunity for the police to entertain and build goodwill with the public in order to fill the trust gap and strengthen confidence.

In his remark, Gov. Willie Obiano of Anambra commended the I-G for the opportunity given to the state to host the games.

He pledged the commitment of his government to ensure the successful hosting of the event.

Tue Feb 11 , 2020
The death toll from the new coronavirus outbreak surged past 1,000 on Tuesday as the World Health Organization warned that infected people who have not travelled to China could ignite a “bigger fire” in the epidemic. The rise came after President Xi Jinping made a rare visit to a hospital in Beijing, wearing protective gear as … Continue reading Coronavirus Death Toll Passes 1,000 – Govt 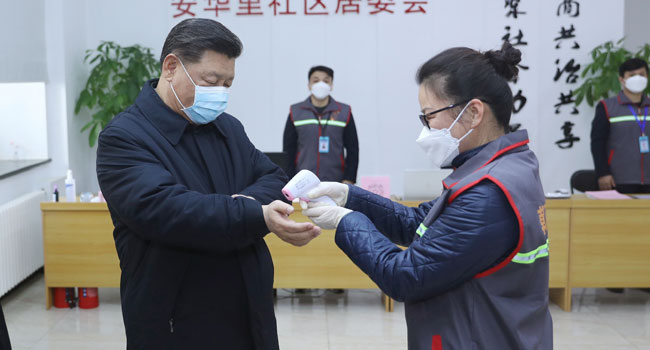