By Chioma Obinna  & Elizabeth Uwandu I wish I could take my life or kill my mother for making me go under the knife. Doctor, is there anything I can do to correct my genital?”, Sade Oriola, a victim of genital mutilation, said. Sade’s sad situation aptly describes what many women circumcised under the age-long
Read More

The post Genital mutilation: Girls who go under the knife appeared first on Vanguard News. 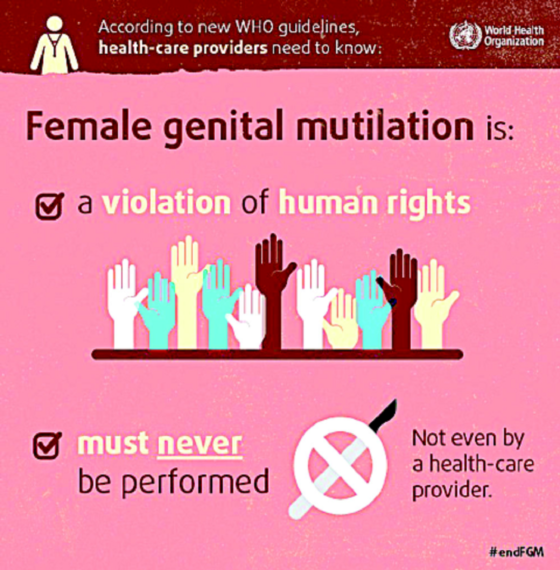 I wish I could take my life or kill my mother for making me go under the knife. Doctor, is there anything I can do to correct my genital?”, Sade Oriola, a victim of genital mutilation, said.

Many homes have been broken because women cannot satisfy their husbands sexually for no fault of theirs.

The pathetic experiences these women who underwent genital mutilation, also known as Female Genitalia Mutilation, FGM, pass through, sometimes, make them see no reason for sex since they can hardly reach orgasm which is the climax in sexual intercourse.

This year, Sunday Vanguard participated in a chat-room organised by the Nigerian Women Journalists in Nigeria, NAWOJ, Lagos State Chapter.

Somefun explained the situation in Nigeria, the implications and the way forward. She said, currently, 200 million Nigerian females are genitalia mutilated while Osun State leads with 67.8 per cent.

According to her, FGM is the partial or total removal of female external genitalia due to non-medical reasons.

“There are four types of FGM: Type 1 – Partial or total removal of clitoris or prepauce; Type 2 – Removal of labia minora (external lip) with or without the majora; Type 3 – Narrowing of the external genitalia; and Type 4 – All other forms of FGM including prickling, piercing and incising of the genital.”

Sadly, Nigeria is one of the seven countries which account for over 200 million girls and women mutilation, the expert said. “Although the incidence of FGM is dropping, the practice persists because of gender inequality, the belief that it can curb promiscuity, and that it must be part of the rite of passage”, Somefun said.

“Other reasons for its persistence are weak enforcement of the law and recently medicalisation”.

Accordingly to Multiple Indicator Cluster Survey, MICS, 2016-2017, Osun; Ekiti; Oyo; Imo and Ebonyi states ranked high on FGM incidences while Osun is highest with 67.8 per cent; Ekiti and Oyo, 55.0 per cent; and Imo and Ebonyi, 51.6 and 43.2 percentage respectively.

Explaining why Osun scored highest, the expert said: “Osun accounts for a high number of cases due to deep-seated cultural norms and belief system such as the need to prevent promiscuity, family ritual, which must be done for women to be clean and free of evil spirits, and weak enforcement of the law and the campaign against FGM.

“Meanwhile, the government has championed the advocacy against FGM in all the states across the country. We equally engage youths through the use of social media to create awareness among girls and there is a lot of pressure to eradicate FGM.

“They should ensure that all laws are enforced not minding whoever the perpetrators are.

“There is a need to provide essential services to survivors to alleviate the complications.

“And while young girls should be advocates to fight against FGM practice, traditional and religious leaders should be engaged by the Federal Government to ensure the abandonment of FGM.”

There are many negative implications of FGM. For instance, women find it difficult to enjoy sex because the external female organ, the clitoris which ensures lubrication during sex, has been cut off.

In some cases, the external organ has been sewn up.  And apart from not enjoying sex to the fullest, there may be cases of infertility, pelvic inflammatory infections, menstrual pains, keloids, and obstructed labour. For example, women with Type 2 and Type 3 are most at risk during delivery.

Are there benefits for those who are circumcised?

There are huge benefits both for the short term and long term.

There is no risk of gynecological problems such as painful menstruation; repeated pelvic infections, infertility, and urinary tract infections among others

Again, sexual intercourse will not painful and there is no risk of obstructed labour.

How effective are policies and laws to stop FGM?

Last year, UNFPA supported the Federal Government to revise the National Policy and plan of action on FGM.   It is noteworthy that all the five states where FGM is prevalent have now adopted the Violence Against Persons Prohibition Act, VAPP, thus putting in place sanctions against perpetrators of FGM.

And knowing that FGM is a cultural issue, since 2014, UNFPA has engaged community, traditional and religious leaders to have a consensus to abandon FGM.

Currently, there are over 600 anti-FGM champions conducting door-to-door counseling on the need to abandon FGM in the five states.

Also over 100 communities in Osun have abandoned FGM.

In the four other states collectively, over 1,500 communities have declared the abandonment of FGM.

And apart from all states having VAPP laws in place to prosecute perpetrators, each state has a Technical Committee that ensures compliance.

300 health care workers have also been trained to offer services to women with complications.

What can be done to correct complications that arrive from FGM?

Lubricants can be used but it will not totally relieve the pain.

Some fun said, “My advice to mothers, fathers, and girls is to join forces to push against FGM through social media and the conventional media.    “And girls should not be cut for selfish reasons any longer. “For the media, they should join the advocacy against FGM by writing on what survivors are going through and present facts on FGM in those states.”

The post Genital mutilation: Girls who go under the knife appeared first on Vanguard News.

BNS: Why did you start your line? Lhambi was started out to satisfy the footwear needs of “every woman” regardless of shoe size. I would classify myself as one of those ladies because I am an European size 42 and sometimes 43 which is a US 11 or 12. I have always had difficulty finding […]

The post Lhambi Is The African Shoe Brand Bellastylistas With Big Feet Will Absolutely Love appeared first on BellaNaija - Showcasing Africa to the world. Read today!. 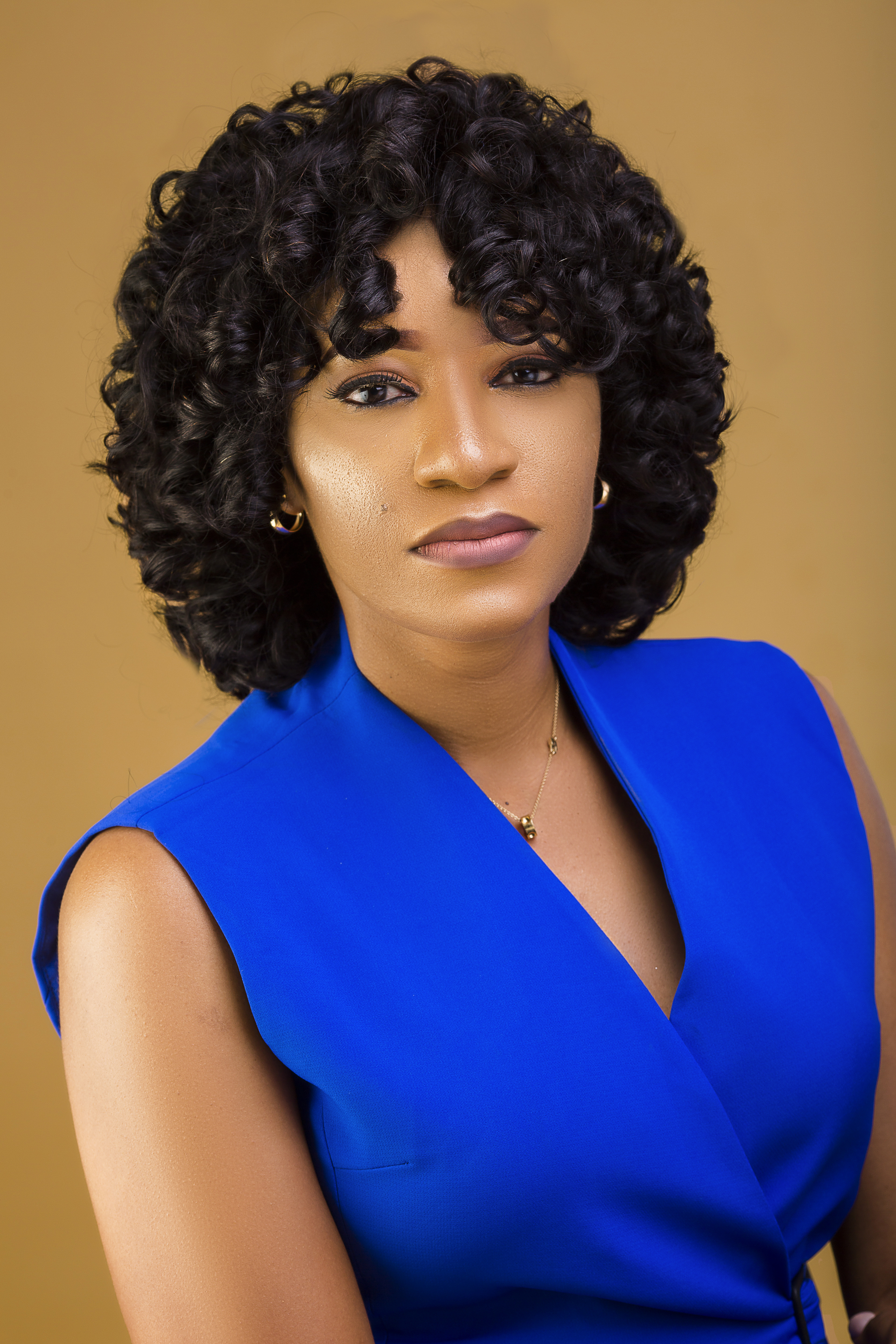